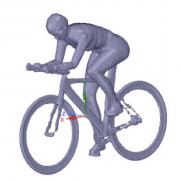 The main focus of our research is on the aerodynamics of cycling. We began working alongside Alphamantis Technologies in Montreal (recently acquired by Garmin) on a project to measure wind from bicycles.

Why would one want to measure wind speeds on a bicycle? By accurately measuring wind in real-time, the computation of real-time CdA (Drag coefficient * frontal area) of a cyclist becomes feasible.  Doing these computations within a bike computer would give cyclists real time information from which they could optimize their position – to minimize their drag, and maximize speed. In this project, we explored the effect of wind probe location on measured wind speed, and derived correction factors for various positions. 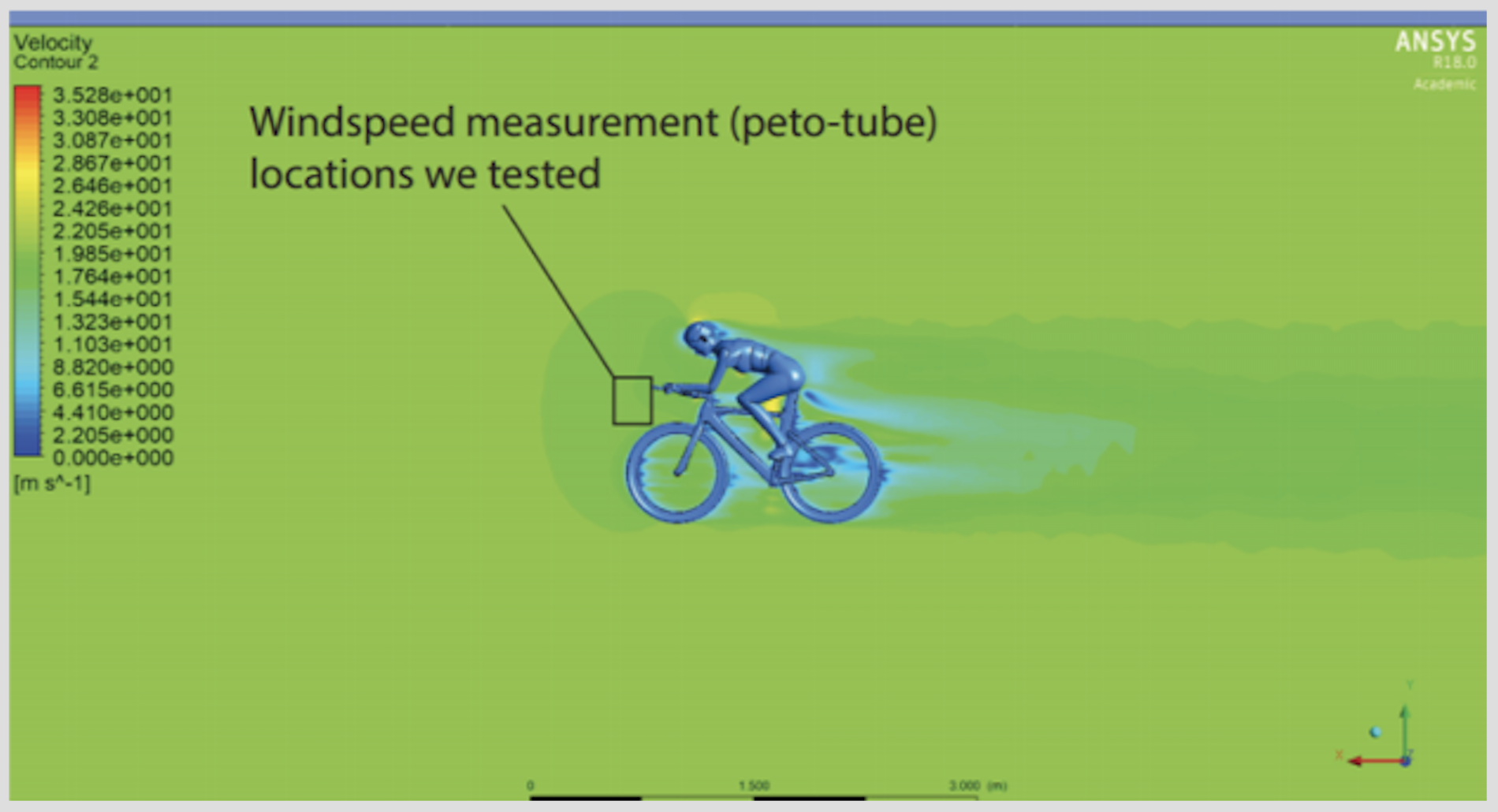 Using ANSYS Fluent CFD (Computational Fluid Dynamics) software, we modelled the wind flow over a full-scale cyclist. We built a bicycle and an aero-positioned rider, and then explored the wind flow patterns surrounding the cyclist under a range of different conditions. Wind speeds between 5m/s and 20m/s were chosen to simulate a biker’s velocities as well as yaw angles ranging from 5 degrees to 35 to replicate outdoor conditions. We recorded the effect of each factor on the measured wind speeds from five different locations chosen as potential peto-tube (miniature anemometer) locations. We computed a correction factor for each probe location.

Our research has shown that wind speed can in fact be measured with reliability from a carefully placed peto-tube, with the correct calibration offsets.

Cycling has always been a leader amongst sports in technological evolution. This research will eventually help cyclists around the world slide through the wind faster!

A special thanks to Nayani Jensen, Tara Hanlon, Dave Risk, the Alphamantis team and ANSYS for their contributions and guidance.  Also check out Tara’s related blog post on using CFD to properly calibrate truck-based anemometer measurements.

How does anemometer placement affect measurement accuracy of vehicle-mounted...